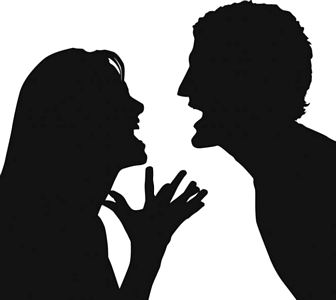 2020.10.25 03:19 cosmicnate [WP] It could have been a Utopia. Laughable, what the companies did with the robots instead. “...and now, you can get two Big Macs for the low cost of...”, a RobAd trailed off, walking down the sidewalk. Matt didn’t hear the rest. After today, he’d hopefully never hear one again.

I tried. I just can’t do online classes anymore. It’s all so stupid . School is making miserable, I’m so behind , and I’m not learning anything. Any tips or advice .
submitted by pmblamkipper to UCSC [link] [comments]

Cant play on US servers due to Name Withheld
Can't play in Europe servers due to game ruining hacks.
Everyone says report but there isn't a way to report accounts or players for cheating we only have lobby kick and ban. A whole lot of good that does.
Just had a impostor kill someone in front of three of us but naturally imp was a hacker so it auto ended vote and eliminated someone innocent without anyone saying anything.
submitted by Opinions4Sal3 to AmongUs [link] [comments]

I subscribed to this sub to connect with my fellow total drama lovers. But from what I can see most of the stuff here has nothing to do with total drama whatsoever just people posting random stuff. Especially all this RIP Emily stuff like she actually died. It’s kinda creepy lowkey. This is Reddit not tumblr. Can’t we just stick with total drama and it’s content on here?
submitted by Pluckyduck16 to Totaldrama [link] [comments]

Hi everyone. I was eating some chicken wings for dinner and had a flare up. I have been regurgitating for about 4 hours now and can’t even keep water down. Does anyone have any advice on how to stop this? Thanks in advance.
submitted by UniqueViews to GERD [link] [comments]

Alright folks, which roguelikes have Halloween updates? I love seasonal updates, but I can’t keep track of which games have been updated! I’ve seen Tangledeep and Demoncrawl so far
submitted by don_Jay to roguelikes [link] [comments]

I've been telling myself I'm fine for a while now, but the last week has been rough and I can tell my mental health has been a little bit rockier recently. It's been gradually getting worse since September.
Lately I've been hypersensitive to everything and have been becoming triggered easily and have had a hard time being in the present because of mild flashbacks. And my anxiety and insomnia are definitely worsening and my thoughts have been getting slightly darker.
After residential treatment February-March I did a PHP and IOP treatment program, and as an alumni there are free support groups available to me. I was thinking, "Well I could try one group and see how it goes," but apparently I have to register for 6 weeks. I mean it's only Wednesday nights but it still feels like an intimidating commitment.
Most of their groups are related to eating disorders since that is the main thing they treated, so mood groups are limited. There's one for anxiety and depression support so if I do a group that's what I would end up doing. But I'm sure the skills mentioned would still be useful and I'm guessing process time could still be useful. Plus there's a trained professional who leads the groups so I'm sure at the very least their input during process could be helpful even if I'm talking about flashbacks or dissociation and no one can relate. But when I was in PHP and IOP I wouldn't say everyone in the mood program only had anxiety and depression so it's possible other people would have more complex problems. Although group size is limited to a maximum of 15 people so I don't know. During PHP the most people ever in my group was like 7 total though and process was helpful with them.
It would probably be good for me to have a formal support group once a week, but I'm very apprehensive and nervous about it. It's the fact that registration is required that makes me hesitant to at least try it since it feels like a big commitment. Even though that probably makes it a more useful program for consistency.
It's also hard for me to admit that I'm not doing as well as I feel like I should be.
I just feel like I need an extra push to work up the courage to register.
submitted by FrogginBullfish_ to BPD [link] [comments]

I have currently been able to buy the SF750, an h100i, the ram and storage and two fans (more on this later) for my build. Yesterday I was able to order a Msi Ventus 3x 3080. Now, after I manage to get a 5600x or 5800x and a mobo (mostly likely gigabyte b550i) I will be able to build in the case.
So far, I only bought two fans, but I think I'll need more. The fans I bought are the Kaze Flex Slim fans. Apparently, from the reviews I was able to find, they perform near identically to Noctua 120x15s. Plus, they are 15 dollars vs. Noctua chromax's 25. Plus, they might be 0.5mm slimmer (according to one of the reviews) than the noctua fans. I will let you know how it goes after I build. -- I will try to use the AIO with either 1 slim and 1 thick fan (between mobo and radiator, exhaust) or 3 slim fans (2 slim between top panel and radiator and 1 more slim between radiator and psu). I will decide after I get my case (it has shipped woohoo) and test-fit (the stock cables might kill me so we'll see). In any case, I'll try to get the 3 fan setup working when and if I get custom cables.
Regarding the Ventus 3x, I have read here on reddit that it is extremely easy to deshroud and the heatsink measures 41mm from the backplate. I will try to put 2 more slim fans on it and use it in the 3slot mode like this (hopefully should be around 55 or so mm). I don't expect thermals to improve, but I expect sound levels to decrease. If it doesn't work out, I'll put the shroud back on I guess.
I believe my build will be interesting because it will test two things: 1- the Kaze slim fans and 2- deshrouding a 3080 in the FormdT1 (I haven't seen any builds like this so far).
If you have any suggestions or warnings (for anything I might have overlooked) please let me know.
submitted by originalmilksheikh to FormD [link] [comments]